When a mistress meets with a slave to be trampled, or otherwise tortured, she typically ignores his cries for MERCY and screams and groans. Unless, he says “RED” which is the universal code word between Mistress and slave to STOP – the pain can no longer be tolerated. Well, Christina and Marcy put on their sexiest stockings and panties, along with a variety of closed and open toed Spike Heel Pumps, and showed NO MERCY to their “trample slut” slave – until he screamed “RED!”

After making him clean their feet and shoes with his tongue, they trampled him viciously. Then they used his mouth as an ashtray and Christina put out her cigarette on his bare chest. They dug their Metal Tipped Heels into him, and they Mercilessly kicked him in his balls and dick. They took their turn to kick him, over and over again. Then the girls tried to kick him at the same time – – – in the balls!

Finally, the girls stood on his thighs in their Heels and Kicked him in the balls. That had to result in some major hurt! 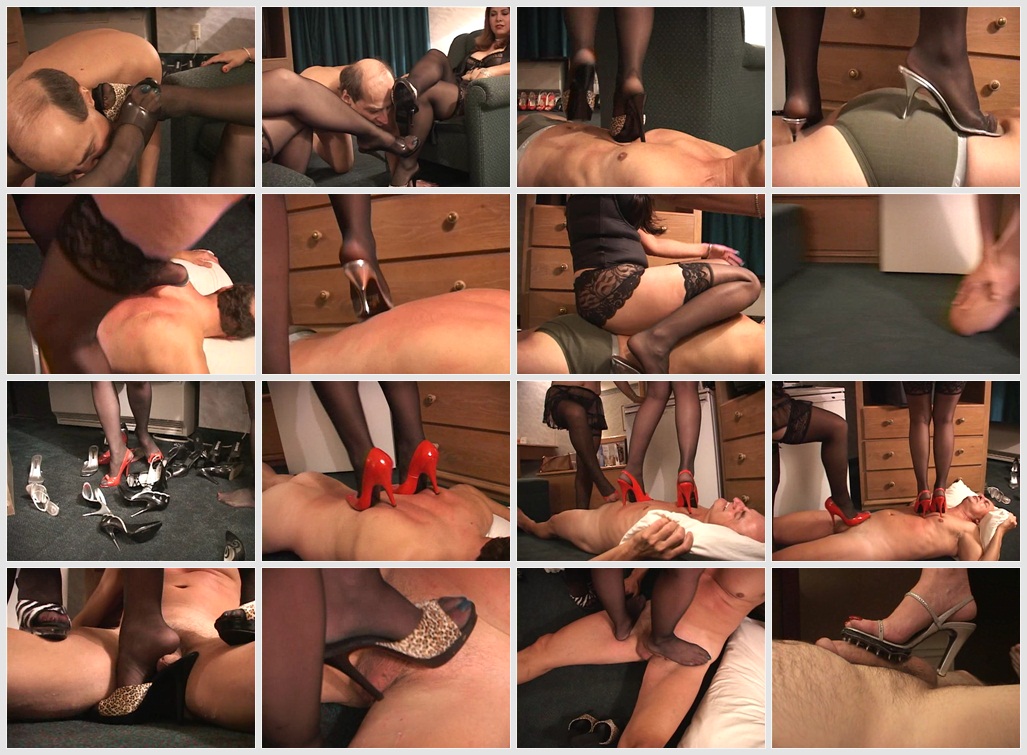