This is the continuation of a previously clip released called ” Incurable Impotency”. Latina Goddess Angela is decided to milk the stupid baldy slave. After several attempts to make slave’s dick erect, she got it. Then Latina Goddess Angela uses her sexy high heel platform sandals to rub slave’s penis, she puts his penis under her high heels to rub more and more his penis. Finally she uses her high heel shoes to milk the slave. Finally his impotency has been cured. Don’t miss it! 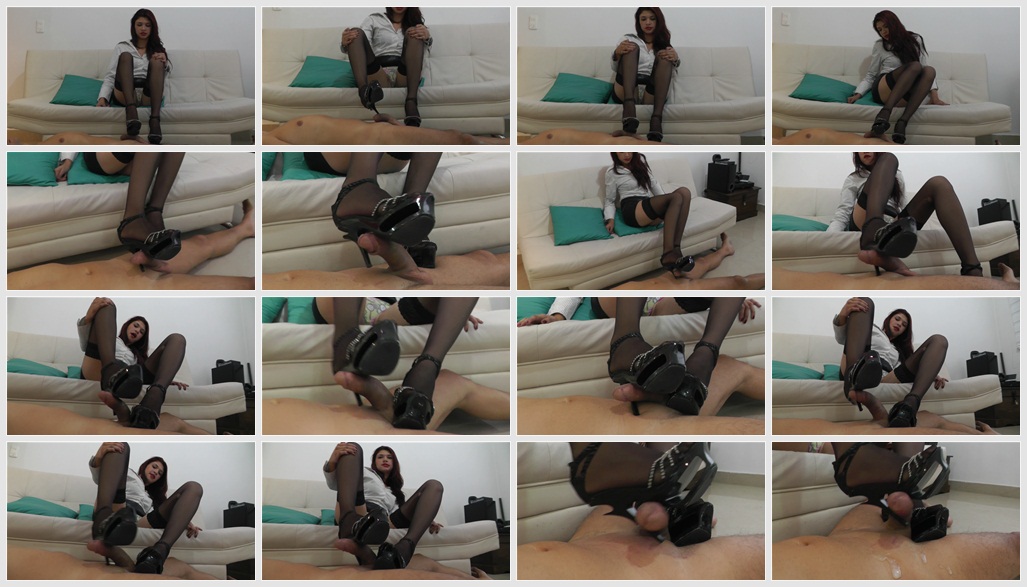